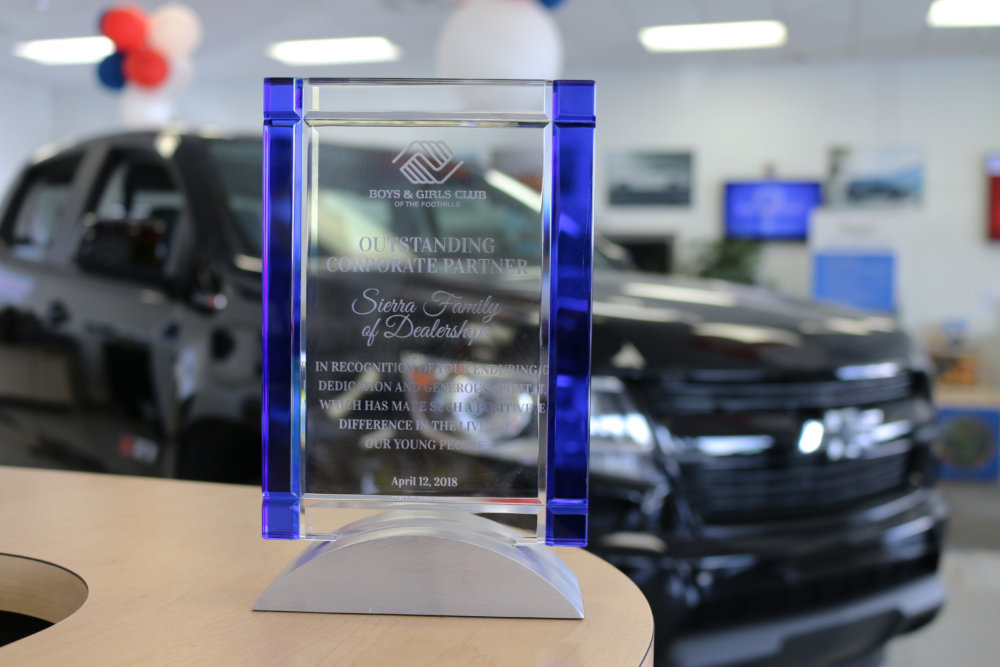 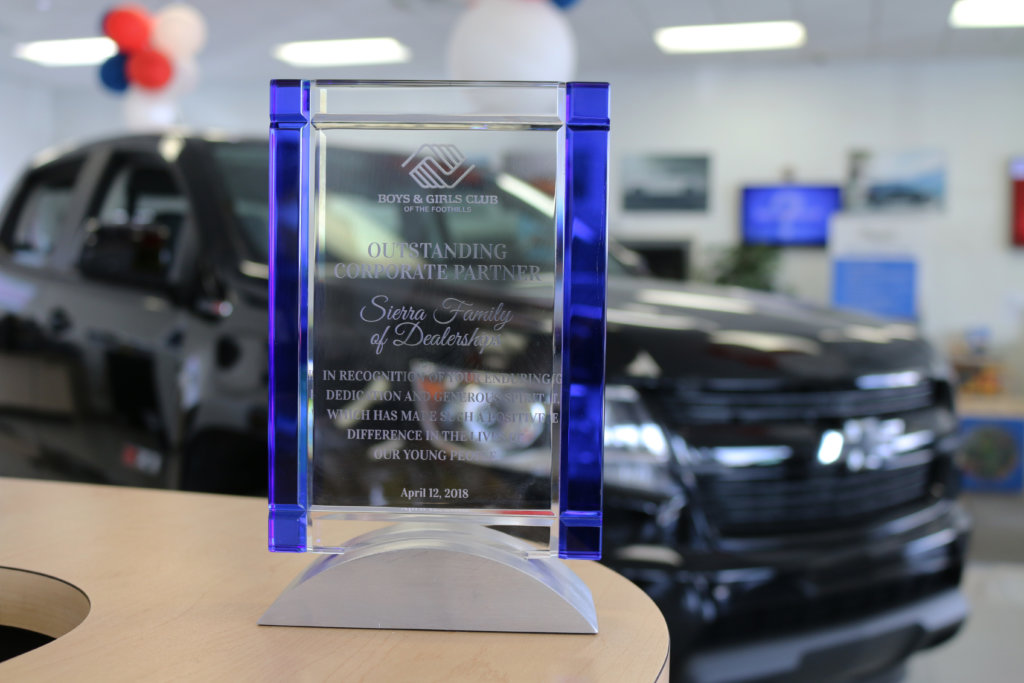 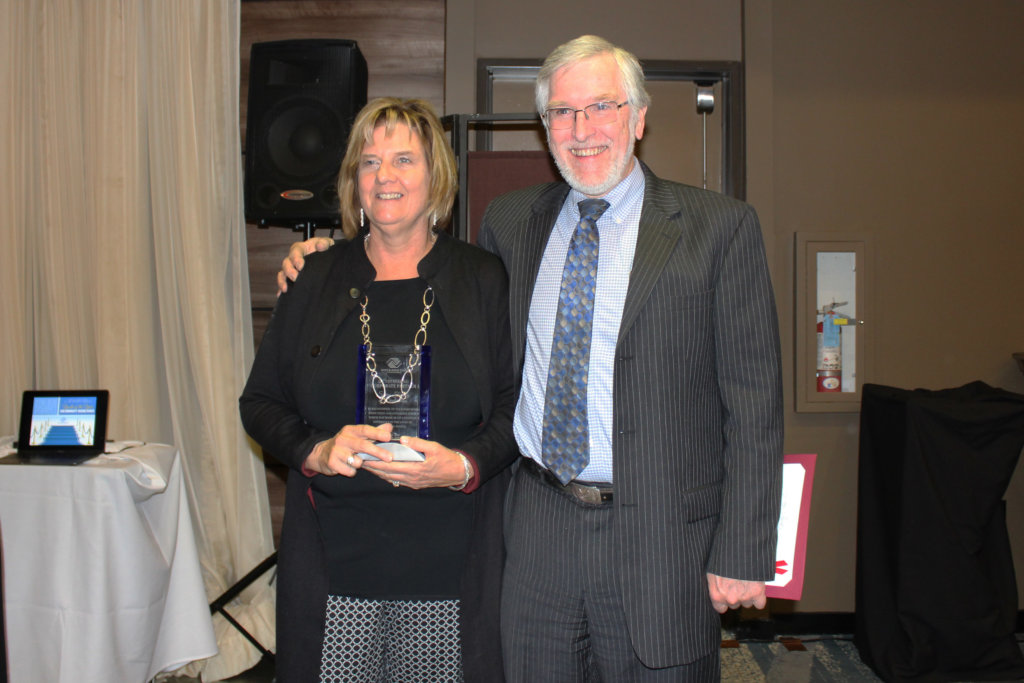 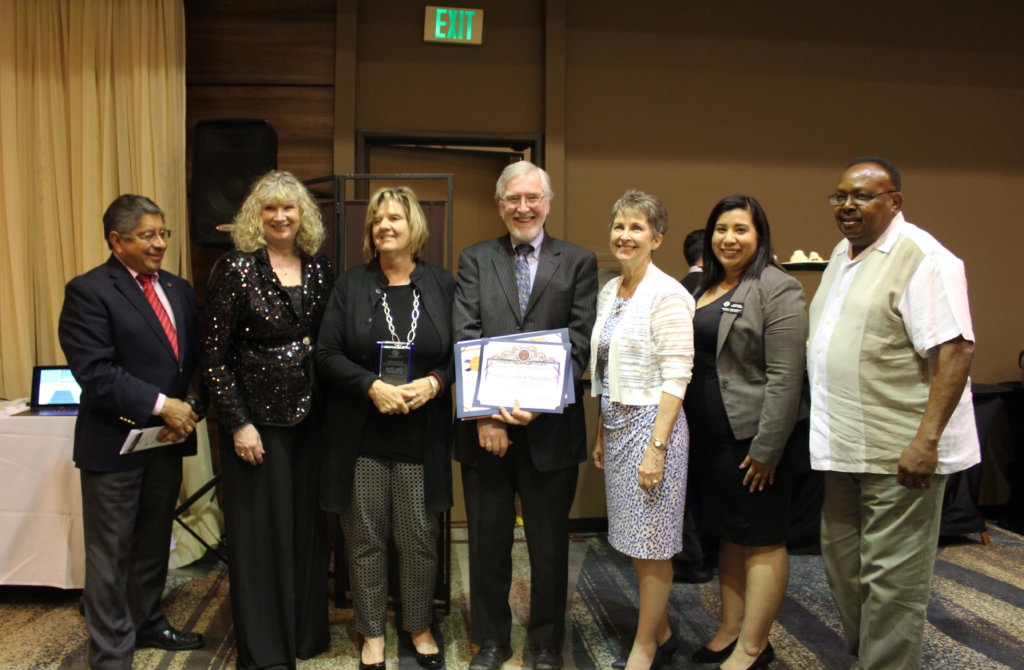 Sierra Family of Dealerships was recently awarded the Outstanding Corporate Partner of the Year by the Boys and Girls Club of the Foothills at their annual Youth of the Year and Community Awards Dinner. This event was held on Thursday, April 12, 2018, at the Doubletree by Hilton Hotel in Monrovia.

Sierra Family of Dealerships has been highly involved in a number of civic and community organizations, such as the Foothills Unity Center and the Monrovia Public Library Foundation and the Kiwanis Club of Monrovia.

Sierra Family of Dealerships is a longstanding donor of the Boys and Girls Club of the Foothills. Sierra supports the Club annually through event sponsorship, promotional give-backs, and individual giving.

Sierra is a proud sponsor of the Boy And Girls Club of the Foothills and looks forward to seeing the great impact on the community and young individuals of Monrovia and surrounding cities.